So due to really crap weather and my ulcer, this weeks Tuesday ride was on a Thursday. I mean, it’s december and we started the week with 13c days and rain. So much for summer!

Anyhoo, this week I wanted to find a route that we could possibly do as a family at some stage with an overnight camp thrown in. The weather couldn’t have been better, 26c and clear skies. I chose to head to Northern Border Campground via Mulligans Flat recreation area. The route I wanted to take followed (what I thought) was an estabished series of bike paths that looked family friendly. For those of you who don’t know, Canberra is getting it’s first light rail, stretching from the inner city all the way out to the urban wastes of Gungahlin. It’s going to go down the centre of Northborne Avenue, then hook left and go all the way along Flemington road. Quite ambitious and kudos to the people who took the brave step to spend the cash. Such is the enourmity of this project that the works are simultaneously ocurring the whole length of the route and after a few kilometers, the cycle path is closed off and you have your own lane on the road. Not long after that, you run out of road as it’s too narrow to safely deal with traffic, even at 40Km/h. OK if you’re on your own, but not condusive to a happy family outing.
So, after dicing with death a few times I managed to hook up with the path again and continued heading North West, following Flemington Road. The housing north of the suburb of Mitchell is interesting. 2 and 3 story apartments with commercial premises on the ground floor which reminded of Europe. Whilst I am a big fan of the concept, it still resembles an urban wasteland due to the over-use (I think) of concrete and lack of greenery. What trees have been planted of course are still young and I’d be keen to see how it looks after 10 years. More roadworks, more disruption and I eventually made it on to Gundaroo road which more or less took me straight to Mulligan’s Flat. As my progress had been disrupted by the roadworks I was behind schedule and decided to push on a bit further and not stop at Mulligan’s Flat. Eventually I intersected with the Centennary trail which I planned to follow to the campsite. Further on, I crossed a road, then had to carry my bike over a log barrier into a reserve. Once over the barrier, I looked west to a hill thinking that was my destination as there was a trail leading off in that direction from where I stood. Not wanting to be distracted by the obvious, I cast around for any other signs of which direction to take and noticed a trail marker off to my right. OK, looks like I’m heading that way instead.

After a quick bite I started up the hill. It began gradually (as all killer hills do), then steadily got steaper and rockier. I was pumping in granny gear but determined not to walk it. This turned out to be the worst type of hill, one with several false crests – it just kept going. Eventually I encountered a slope that even granny gear couldn’t handle. So I swallowed my pride and walked. My legs are eternally grateful. The thing about granny gear is sure, it gets you up the hill, but you sacrifice a lot of time.

By the time I reached the top (which turned out to be another false crest), I had wasted so much time I wasn’t sure I’d make it back for school pickup. The view from the hill was nice. There was a stark contrast between looking north and then south. I wondered how long it would take for houses to stretch all the way to the New South Wales border.

Anyway, I soon found that there was still another killer hill to negotiate and the clock was against me. Whilst pondering my options I happened to look to my left to the plains below and noticed, approximately 500 meters as the crow flies, the gate where I had come into the reserve area. Fuck, I should have taken the first trail! Yes, I would have had to walk the last 200 meters, but I would have been here an hour ago. Aaargh. Looking at my watch I made the decision to abort the mission and head home. The track down was steep and hairy, but fun and my bike handled it with ease. 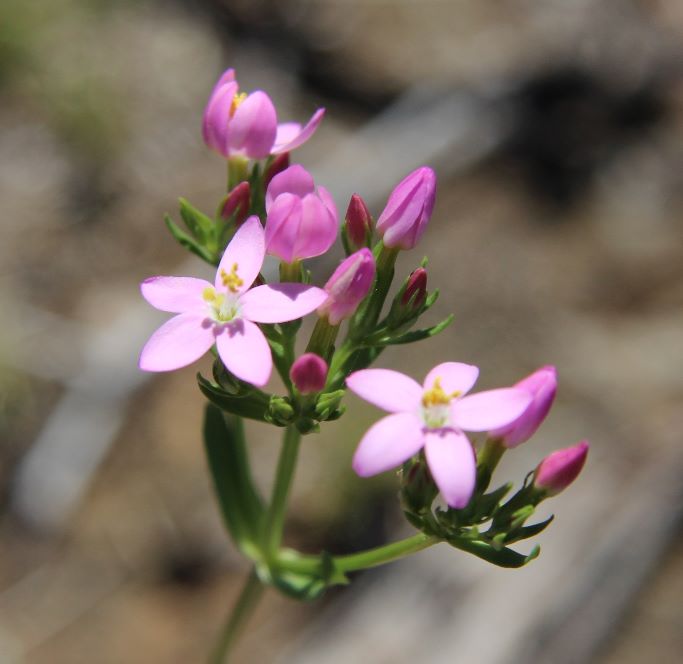 I stopped for another quick bite, sharing the area with some kangaroos, and scanned my pitiful excuse for a map. I wanted an alternate route home and remembering that I had ridden past two large apartment buildings that I noticed on an earlier ride from a distance, I used them as a reference and pieced together a better route home.

With the exception of a kilometer or so, I was able to ride the remaining 20 Km’s on cycle paths. What’s more, I was home in less than half the time it took me to get there. The upside is that the route home was safer and potentially a family-friendly route, although the hill climb will be out of the question.
All in all, it was a good ride of just over 43 Km, and I found out what I wanted to know even if it wasn’t a positive answer. Better to have found out on my own than to have dragged the family along. I guess I’ll just have to keep looking for good rides to go on with the family – and that means getting out and about more – yay.